Pennsylvania the Newest Addition to the Medical Marijuana Industry

April 13th, 2016 was a happy day for many a Pennsylvanian. The states house of representatives voted to approve the new medical marijuana bill at a 149-46 vote. The 80 page bill is currently sitting on the desk of democratic Governor Tom Wolf, who seemed quite pleased that the bill had passed. “I am proud and excited to sign this bill that will provide long overdue medical relief to patients and families who could benefit from this treatment.” Gov Wolf stated on Wednesday. He followed by saying he would sign the bill into effect Sunday the 17th. Much to the relief of many parents (among others who will benefit from medical marijuana) who had been campaigning for medical legalization for months. Many of said parents have children with various terminal and possibly lethal conditions, including autism, multiple sclerosis, and epilepsy. “Every day we roll the dice on our child’s or our loved one’s life,” said Brann, whose 5-year-old son, Garrett, is diagnosed with a severe form of epilepsy known as Dravet syndrome. Hopefully Garrett and others in his situation will now be able to get the help they need. 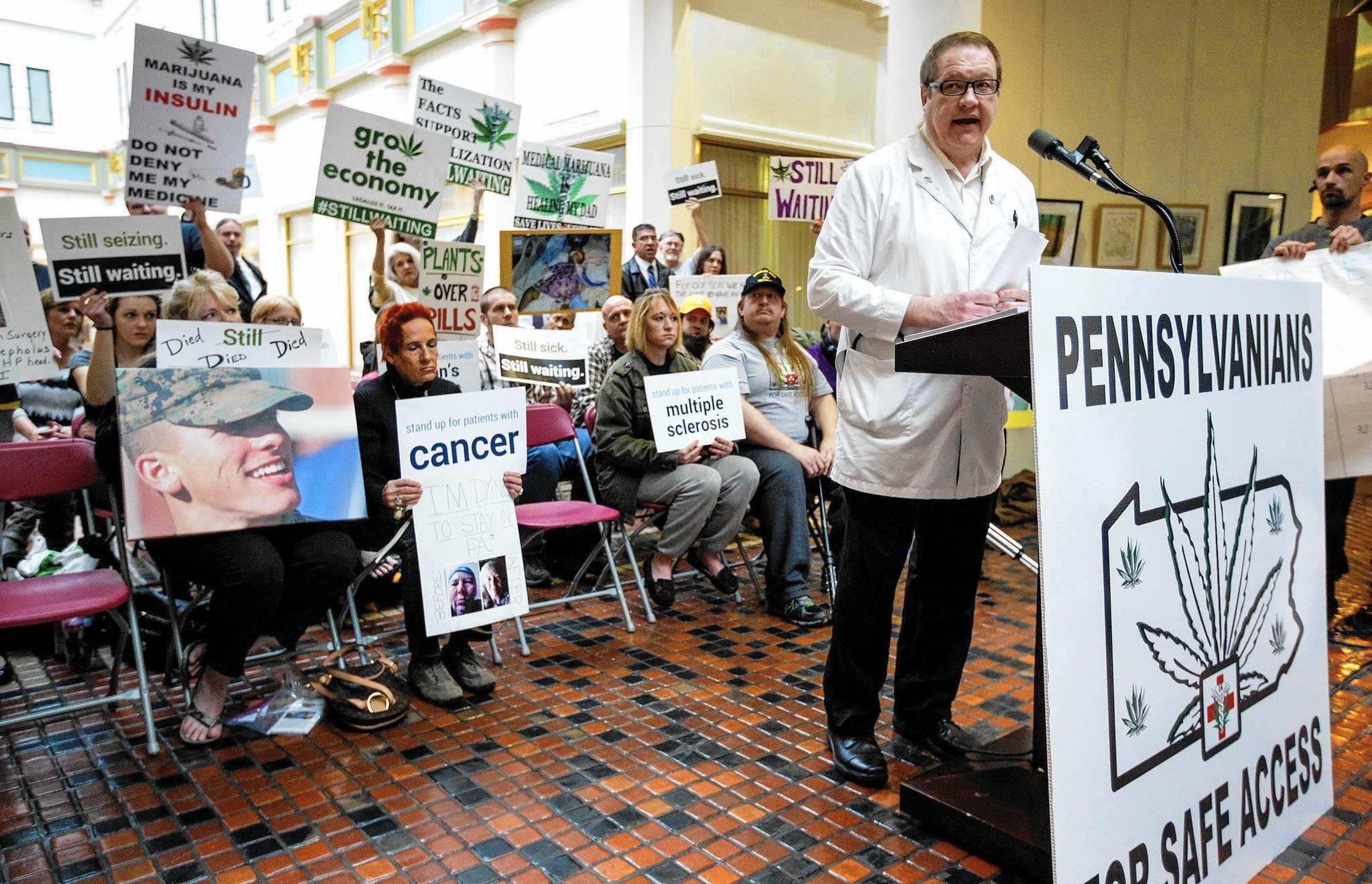 While medical marijuana is soon to be legal in Pennsylvania, many beg the question is it actually legal? The answer is both yes and no. The newly passed medical marijuana bill legalizes only certain forms of marijuana. These forms include pills, oil, topical salve, and in some cases a liquid form that can be vaporized. Dried herb itself as well as marijuana edibles still remain illegal even for medical marijuana patients. In addition to the limitations on what forms of marijuana medical patients can ingest; there are also heavy limitations on who can even become a medical patient to begin with. Only those suffering from the following 17 conditions will be eligible to receive a medical marijuana prescription. HIV/AIDS, ALS, Parkinson’s disease, multiple sclerosis, damage to the nervous tissue of the spinal cord, epilepsy, inflammatory bowel disease, neuropathies, Huntington’s disease, Crohn’s disease, post-traumatic stress disorder, intractable seizures, glaucoma, sickle cell anemia, autism, neuropathic pain, and severe chronic or intractable pain in which conventional therapies, including prescription opiates, are ineffective.

While there are still many limitations surrounding medical marijuana in Pennsylvania, it is still a big step in the right direction. Just as Pennsylvania is soon to be the 24th state to legalize medical marijuana, Ohio may follow as the 25th ! In Columbus, OH, state lawmakers will be meeting Tuesday, April 19th 2016, to discuss and revise house bill 523. If passed the bill would legalize a medical marijuana program in the state.