Medical cannabis advocates can at times make it seem like marijuana is this cure-all medicine. While it doesn’t cure everything, it can be immensely beneficial for people with a myriad of different ailments. In this article, I’ll be detailing the effects marijuana has on nausea.

Medical cannabis has long been known by many to be an antiemetic, It always works for me at any rate! While you can treat everyday nausea with cannabis, it’s very commonly prescribed for nausea induced by chemotherapy or AIDS treatment. Especially for those undergoing such treatments who don’t want to or can’t take standard antiemetic drugs. In addition to this many people will treat nausea induced by other standard pharmaceutical drugs that have nausea as a side effect.

Medical cannabis also makes an extremely effective nausea medication as you do not need to take it orally. Most standard pharmaceutical antiemetics need to be swallowed. If you’re too nauseous to swallow anything or end up throwing up shortly after taking the medicine, it will be in ineffective. Medical cannabis has a unique property compared to most medication wherein it can be smoked and/or vaporized.

A 1999 report by the Institutes of Medicine concluded, “In patients already experiencing severe nausea or vomiting, pills are generally ineffective, because of the difficulty in swallowing or keeping a pill down and slow onset of the drug effect.  Thus an inhalation (preferably not smoking) cannabinoid drug delivery system would be advantageous for treating chemotherapy-induced nausea.”

You typically only have to inhale a small amount of vapor and/or smoke to get the desired effects. In addition to this marijuana can also help increase appetite, which can help prevent people dealing with serious treatments from losing too much weight. This is mainly due to the fact appetite stimulation is regulated by the endocannabinoid system.

So what’s the science behind this great nausea medication? Two of the main chemicals in marijuana are tetrahydrocannabinol (THC) and cannabidiol (CBD) suppress nausea. They do so by interacting with the cannabinoid receptor 1 (CB1) of the endocannabinoid system. It has been shown that activating CB1 can suppress nausea. Some studies have also theorized that cannabis indirectly activates the somatodendritic 5-HT(1A) autoreceptors in the brainstem, helping to create an anti-nausea effect.
It’s also important to note that while taking marijuana orally can help nausea, it is far more effective when inhaled. 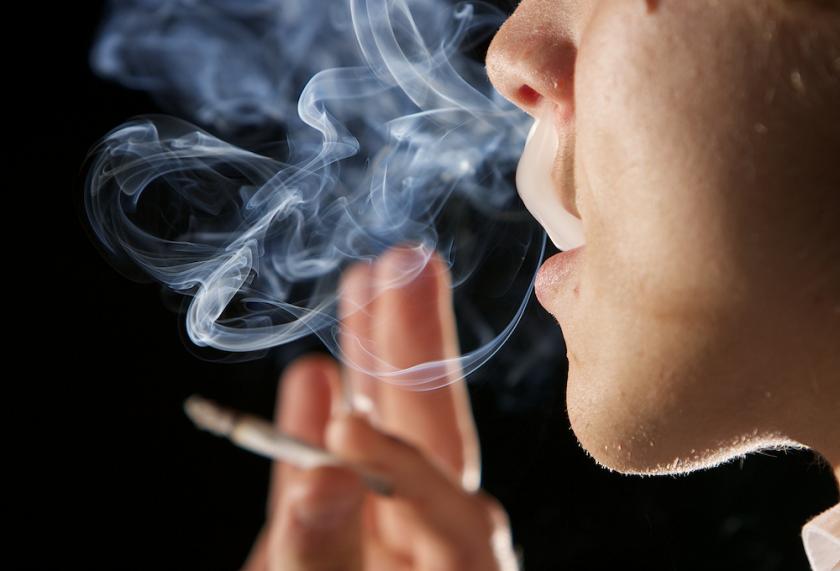 Smoking or vaporizing cannabis allows the different chemicals to reach your bloodstream faster than if you simply took it orally. Also, keep in mind that certain strains of cannabis are going to be more effective than others at treating nausea depending on the percentages of different chemicals inside the plant. One such indica dominant strain named Chemo was developed by Dr David Suzuki In the 70’s specifically for cancer nausea and pain treatment.

While marijuana might not be the most effective drug to use for reducing nausea, it has less negative side effects than almost any other pharmaceutical antiemetic. Also, in some instances where other antiemetics failed, medical cannabis got the job done.

Anyway, if you don’t believe me go ride a roller coaster than smoke a joint!