Oregon has long since been one of the forerunners in the fight for marijuana law reform in America. In 1973 Oregon became the first state to decriminalize marijuana possession up to an ounce. In 1986 a ballot measure was introduced attempting to legalize marijuana recreationally, but it failed by a 74% to 26% vote. It wasn’t until 1989 that ballot measure 67 was passed with a mere 54% majority vote, effectively legalizing medical cannabis in the state. In 2014 Oregon, along with Washington became one of the first states to legalize recreational marijuana, over 40 years after they decriminalized the substance.

Yet again Oregon politicians are leading the fight to reform marijuana law on a state and national level. 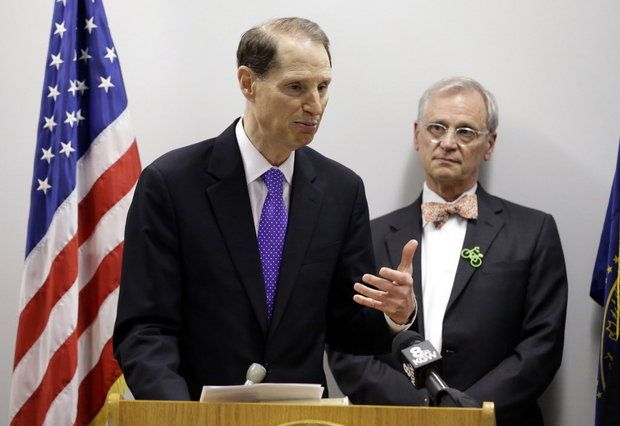 Oregon Senator Ron Wyden and Representative Earl Blumenauer introduced to congress three different bills, one of the main goals being to bridge the gap between state and federal law regarding cannabis.

The most ambitious of these bills is called the Marijuana Revenue and Regulation Act. If passed, the bill would remove marijuana from being a schedule 1 drug, and place it instead alongside drugs like tobacco and alcohol. However, this would only really matter in states where marijuana is legal. Meaning, just because it has the same legality as tobacco and alcohol on a federal level, doesn’t mean it will be legal everywhere at a state level.

The second of these bills is called The Small Business Tax Equity Act. If passed the federal tax code would be changed “to allow businesses operating in compliance with state law to claim deductions and credits associated with the sale of marijuana like any other legal business.” This would serve as protection against the IRS, as currently, they treat most state-legal marijuana businesses as illicit drug traffickers forcing them to pay extremely high taxes.

The third of this trio of bills is called The Marijuana Policy Gap Act. While addressing many things, the most notable part of the bill would “exempt any person acting in compliance with state marijuana law from criminal penalties”. As 8 states currently have recreational marijuana this would be a major step in the right direction. It would demonstrate that states are serious about protecting themselves from federal law. In addition to preventing people from being federally convicted in the future; the bill also aims to clear the name of anyone who was busted by federal agents for marijuana-related charges that took place in a state where it was legal at the time.

Another thing The Marijuana Policy Gap Act would do is clear up some banking issues for marijuana businesses. Currently, the majority of banks refuse to do business with the marijuana industry for fear of federal repercussions. The new bill would add in a few safeguards for banks when dealing with marijuana-related businesses. The bill would also allow Pot businesses having trouble succeeding to declare bankruptcy, which they are not able to do under federal law at this time.

Unfortunately for us marijuana advocates currently republicans control both houses of the senate and the bills are expected to be fought against. Regardless of the fact that recent polls are showing that the majority of Americans support cannabis legalization, the majority of GOP members are opposed to the idea.